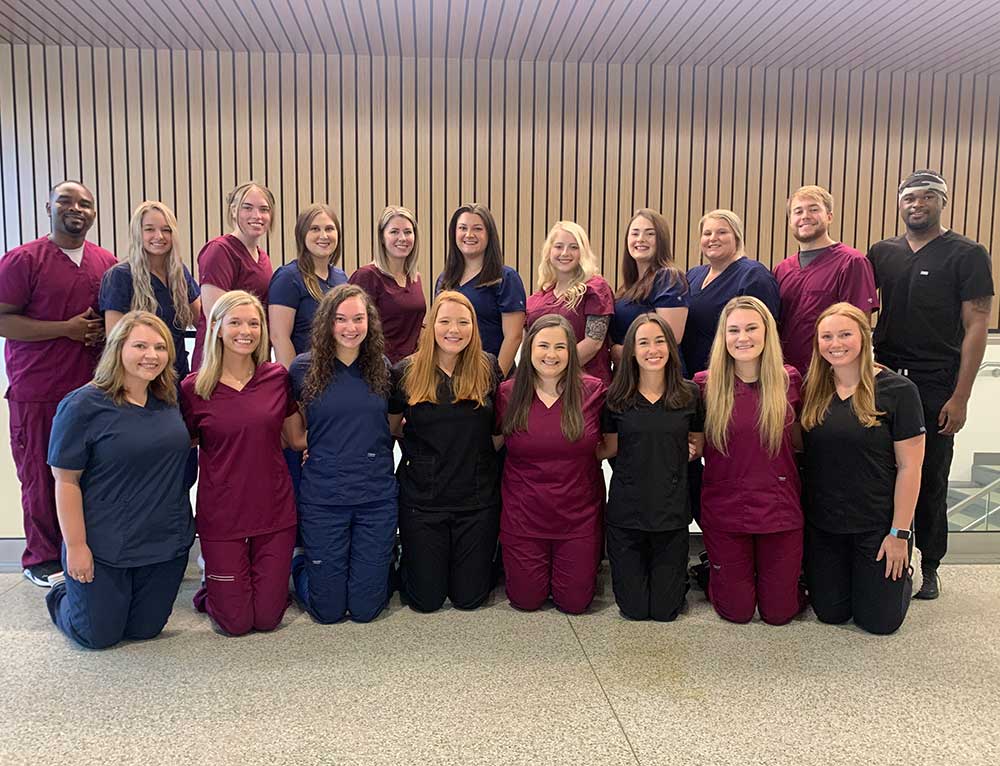 Class of 2022 Graduates from the Radiologic Technology (RADT) program at Jackson State Community College (JSCC) recently earned their National Certifications with a 100 percent pass rate on the first attempt of taking the exam. This marks the seventh year in a row for RADT graduates to do so, with 140 students sitting and passing their American Registry of Radiologic Technologists (AART) exam on the first attempt since 2016.

“The success of our program is a direct result of the hard work and determination of our students, faculty, and clinical preceptors and staff at our affiliate hospitals,” said Program Director and Associate Professor for Radiologic Technology, Kim Benson. “It’s truly a collaborative effort that pays off each year when we get the call from students telling us they passed their exam.”

In addition to the students’ exam pass rate success, the RADT Program also boasts a five-year job-placement rate of 100 percent and a 95 percent completion rate. This year’s graduating class accumulated more than 1,700 clinical rotation hours during the two-year program – an amount Benson says, “directly correlates to the overall success of our student’s exam scores as well as their ability to secure jobs once they graduate.”

Graduates of this class were accepted into the program during the height of the pandemic in 2020 and despite the challenges the pandemic presented them, they successfully navigated their coursework and clinical hours with great success.

The 19 graduates and their hometowns are listed below:

“Year-over-year, our Radiologic Technology program proves itself as a program of excellence for its students,” said Vice President of Academic Affairs, Dr. Jennifer Lopes. “The faculty and clinical preceptors at our partner hospitals selflessly work with our students so that they excel in the classroom and are successful in their careers. Seeing 100 percent exam pass rates and 100 percent job placements from this class only reinforces the hard work and countless hours our faculty devote to their students. Equally, it shows the determination of our students who persevered despite the challenges of the pandemic to make their dream careers a reality.”

The Radiologic Technology Program began at JSCC in 1969 and was the first college-based associate degree radiography program in the state and only the third in the United States. It is one of the establishing health sciences programs when JSCC opened its doors, and the program began with five students and Jackson-Madison County General Hospital as a clinical affiliate – a relationship still held to date.

The program has since expanded to include clinical affiliations with West Tennessee Healthcare in Dyersburg, Henry County Medical Center in Paris, Baptist Memorial Hospital in Union City, and Magnolia Regional Health Center in Corinth, MS.

Today, JSCC is now one of six community colleges to offer an associate degree in Radiologic Technology in the state and boasts some of the highest numbers of credentialing exam pass rates.

Interested in pursuing a career in Radiologic Technology? Visit jscc.edu/rt to learn more about JSCC’s program and how you can get started today.