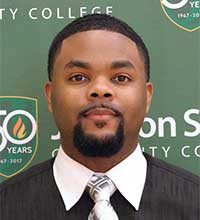 Kelvin Lester begins his 6th season at Jackson State. In his first two seasons, the Memphis native served as the Assistant Coach for both the Men's and Women's Basketball teams. During his third season, he became the Interim Head Coach of the Women's Basketball team, and he is now the full-time Head Coach. Coach Lester has also taken on head coaching duties for the men's basketball program beginning the 2018-2019 season.

As a head coach, Lester has led the Lady Generals to their first winning season in over 20 years and a semi-final appearance in the TCCAA Region VII Tournament. In his two years as Head Coach, the Women's Basketball team has had an extremely high graduation rate and every player has received a scholarship offer to play at a university.